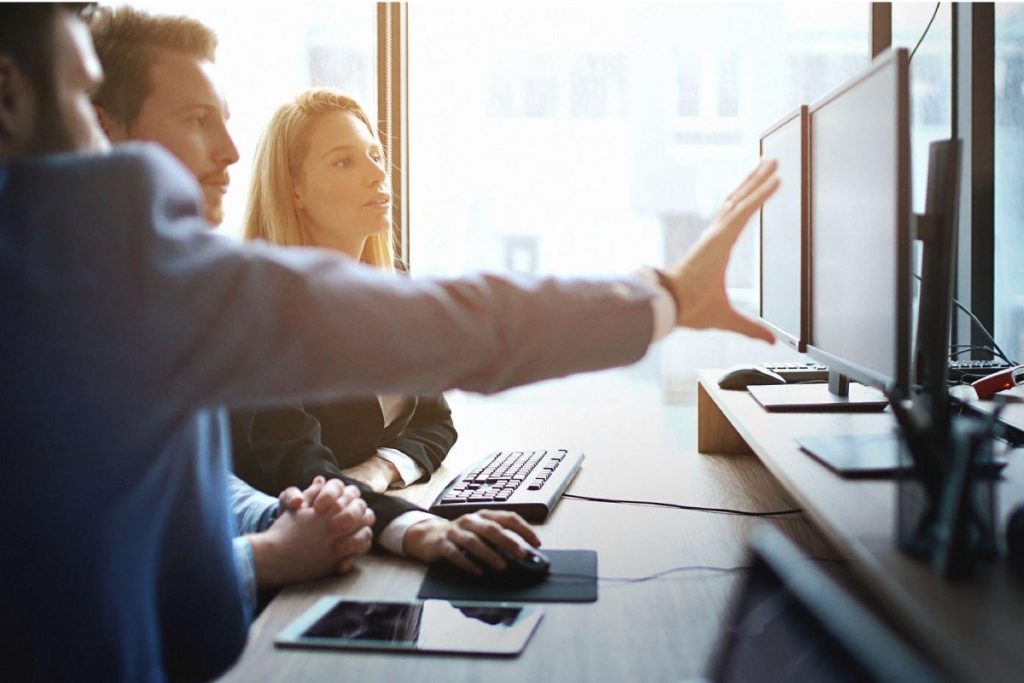 How to Ensure Your Development Team Is as Productive as Possible – Everyone can get over the finish line when a development team stays on task. Business and client goals are met, and there’s enough capacity to handle the workload. But distractions and competing responsibilities make it difficult for valued tech employees to keep their eyes on the prize. A lack of direction or mixed messages from leadership can also challenge a team’s ability to stay the course.

Leaders have the privilege and power to ensure their software developers perform at a high level. Now, that doesn’t mean insisting each team member is at their desk writing code 10 hours a day. What it does mean is learning how to overcome barriers to efficiency and mastering its secrets. And a big part of that is giving team members tools and support to boost their results. Read on to discover ways to ensure your development team is as productive as possible.

Communication is a two-way street. But with a group of people, it becomes more complicated. Instead of a simple two-lane highway, you’re navigating downtown metro interstates with three to four lanes on each side. Important messages and details can become stalled or merge into the wrong lane or exit. And sometimes, there’s so much to communicate that many may lose sight of what’s going on around them.

This can easily happen with development teams that answer to and take direction from more than one stakeholder. The group’s got to communicate with a product manager, a project lead, the client, and each other. A product manager tool can keep critical details and messages in one place. Everything from road maps to product specs and client requirements stays in a single lane.

With such software in place, the team can work in sync. There will be less confusion about responsibilities and the project’s progress. Each developer will have a simple way to reach out to peers and managers when questions and roadblocks come up. Collaboration features in these management apps also reduce the need for meetings, which can slow down productivity.

Once you set expectations for the group and each team member, it’s best to stick with them. In general, direct reports tend to perform better when goals and desired outcomes don’t change. Nothing is more frustrating than to work toward something that someone later scraps. Frequent shifts in objectives also create confusion and waste everyone’s time.

For one, constantly shifting goalposts reduce or even eliminate clarity. Team members may not know how their role fits into the project or the organization. In some cases, developers might not know where their responsibilities begin and end. This doesn’t bode well for productivity because people will spend time figuring out what to do rather than doing it.

An absence of clear expectations can happen because leaders and organizations fail to create solid processes and strategies. Studies show this failure causes employees to waste up to 80% of their time on unproductive tasks. Examples include meetings or discussions that don’t produce decisions and action items. Mapping out strategies and expectations before a team digs in keeps them working on tasks that move projects forward. If they know what the goal is, they can reach it.

Survey research reveals the top reasons software engineers leave their jobs or companies for another. Seventy-six percent of developers say it’s because of career growth opportunities, and 58% cite the type of work or assignments. Developers will consider leaving if there’s nowhere to go in an organization or they’re bored with their work.

Software developers are less likely to stay committed if they aren’t getting a sense of purpose from the work they do. Not every team member will want to move up the corporate ladder or take on management responsibilities. However, most will want to progress somehow. That progression could mean a lateral move, a stretch assignment, or a pet project.

When team members feel you value their skills, it gives them fuel and motivation. They want to know that the company will invest in their future. Otherwise, employees won’t see much point in helping the team or organization succeed. Training, mentoring, and self-directed learning programs benefit the company and each developer. As team members build up their knowledge and skills, they become better at meeting or exceeding expectations.

Incentives or rewards motivate people. However, what makes someone dedicate themselves to a project or learning opportunity will vary. You may have people on your team who like bonuses or a boost in pay. Others value recognition, extra time off, or a flexible schedule.

Providing the right incentives to your developers can give them a reason to stay on task. Even the strongest work ethic can taper off when the rewards for poor, mediocre, and excellent performance are the same. This is one of the reasons older performance and reward systems based on seniority or tenure don’t impact productivity.

Most employees want some form of acknowledgment or reward for working harder or smarter. Sure, they may cheer on the group’s achievements. Yet it’s demotivating if others are always riding on the coattails of their ideas or efforts. Offering both individual and team rewards encourages collaboration that doesn’t overshadow or undervalue each member’s contributions.

Raising the Bar on Productivity

There will be days when your development team has no problem staying on task. And then there will be times when obstacles seem to constantly get in the group’s way. As the team leader, you can balance and maintain productivity with clear direction and a motivating environment. With group and individual goals to strive toward, all stakeholders win.

Review How to Ensure Your Development Team Is as Productive as Possible. Cancel reply

An Updated Gift- Giving Guide for All of Your Gamer Friends

How to prepare for class 8 Math Olympiad