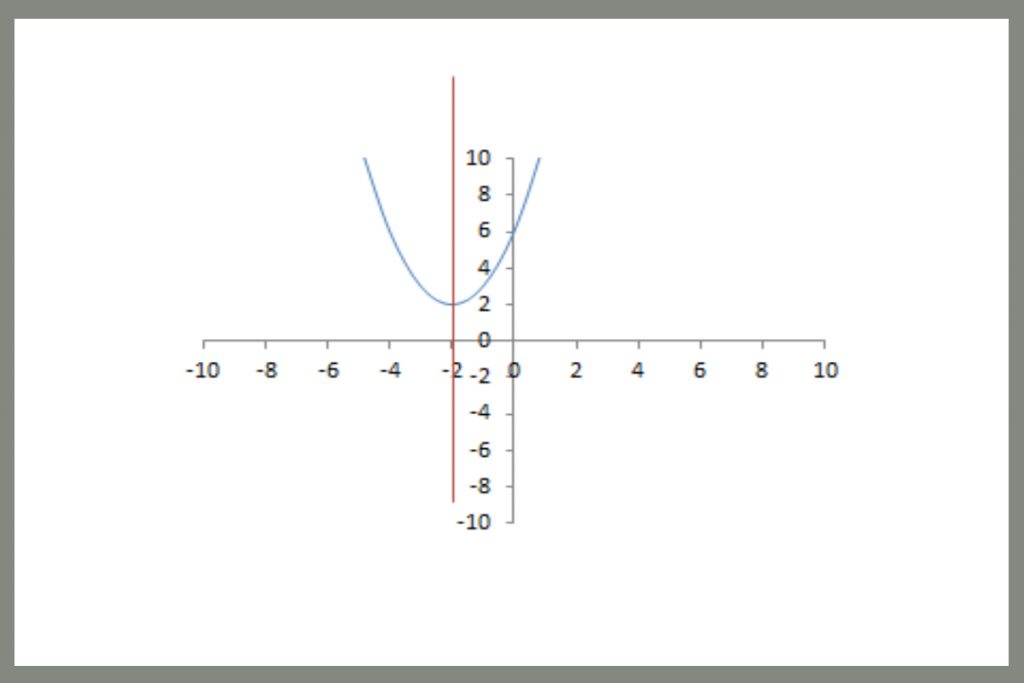 Utilization of Axis of Symmetry in General Mathematics – Symmetry is profound in our general lives as we often see things that are symmetrical in shape and size. Symmetry is found in nature, in everyday structures and components, and in many more aspects.

So what exactly is symmetry?

Symmetry is like a reflection in the mirror that we see when we pose in front of it. It is actually denoted as the perfect replica of a shape or line that may look like a reflection. Say, you draw a horizontal line in the middle section of a butterfly creating into two equal halves. Both the halves would be the same in shape and size and would look symmetrical. This can happen with shapes too. For example, if we put a line between a circle, then both the halves should form symmetry. Thus in terms of Mathematics, this horizontal line that divides the object into equal and identical halves is called the axis of symmetry. This term is proficient since no other lines can create a symmetrical reflection of the said object or shapes.

Definition of Line or Axis of Symmetry

Line or Axis of Symmetry is an imaginary line that divides an object or shape into equal halves. These equal halves look like a reflection of each other. There are many notable things present in our daily life that can be divided into equal and identical halves such as a leaf, an insect, a shape, or a structure. Most basically, an object may have multiple numbers of axes of symmetry or may have none too.

Different kinds of lines of symmetry

Symmetry is found in our daily routine life and can be seen in shapes, structures, animals, insects, etc. Be it an alphabet, a normal remote control, or a basic shape like a square. Symmetry can be found in many of them. A line of Symmetry can both be horizontal or vertical in nature. Let us take examples of alphabets.

Now for the alphabet X, there could be multiple lines of symmetry which can be vertical as well as horizontal in nature.

In accordance with a figure, there can be zero or multiple lines of symmetry.

An uneven or opaque object can have zero lines of symmetry for e.g, a trapezium, the alphabet F, and so on.

There are a few objects or shapes that have only one symmetrical axis. For e.g, a butterfly, the alphabet A, etc. have only one vertical line of symmetry.

Some figures that we observe in our daily life can have two lines of symmetry. For e.g, the alphabet I and X can be cut using both horizontal and vertical lines of symmetry for imposing an identical reflection.

There are many objects that are present among us that can utilize multiple lines of symmetry. Let us take an example of a circle. There can be an infinite number of lines of symmetry that can divide the circle into equal and identical halves.

Thus, the axis of symmetry is a generic or rather an imaginable line that can break an object into identical halves. Axis of symmetry is a mathematical function that is used in algebra, geometry and deals with physics too. Thus, for more details, do visit Cuemath for your general inquiries and our teachers would be eager to help you with our math classes.

Netf – What it is, how it works, and Get to know the framework